The Cerebellum Beyond Motor Control

Searching beyond the streetlight finds a plethora of important cerebellar functions.

Beyond the Streetlight – I believe this same phenomenon has occurred for our understanding of the cerebellum. Deficits in fine motor function are very easy to spot and were the simplest function to attribute to cerebellar lesions. This is still what is taught in most textbooks.

However, it is less well known that the cerebellum contains ~70% of all neurons in the brain and is ubiquitous across organisms as varied as humans, fruit flies, and electric fish. Over the last ~20 years in particular, evidence has been accumulating that the cerebellum, first named by Leonardo da Vinci for “little brain” is more important than its size may suggest. 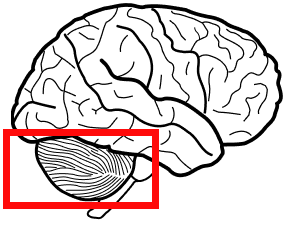 This is the cerebellum. It is important for lots of things.

A prominent neuroscientist once said to me:

A dirty little secret in cognitive science is that the cerebellum lights up for almost every task.

Taking a excerpt from a recent paper: 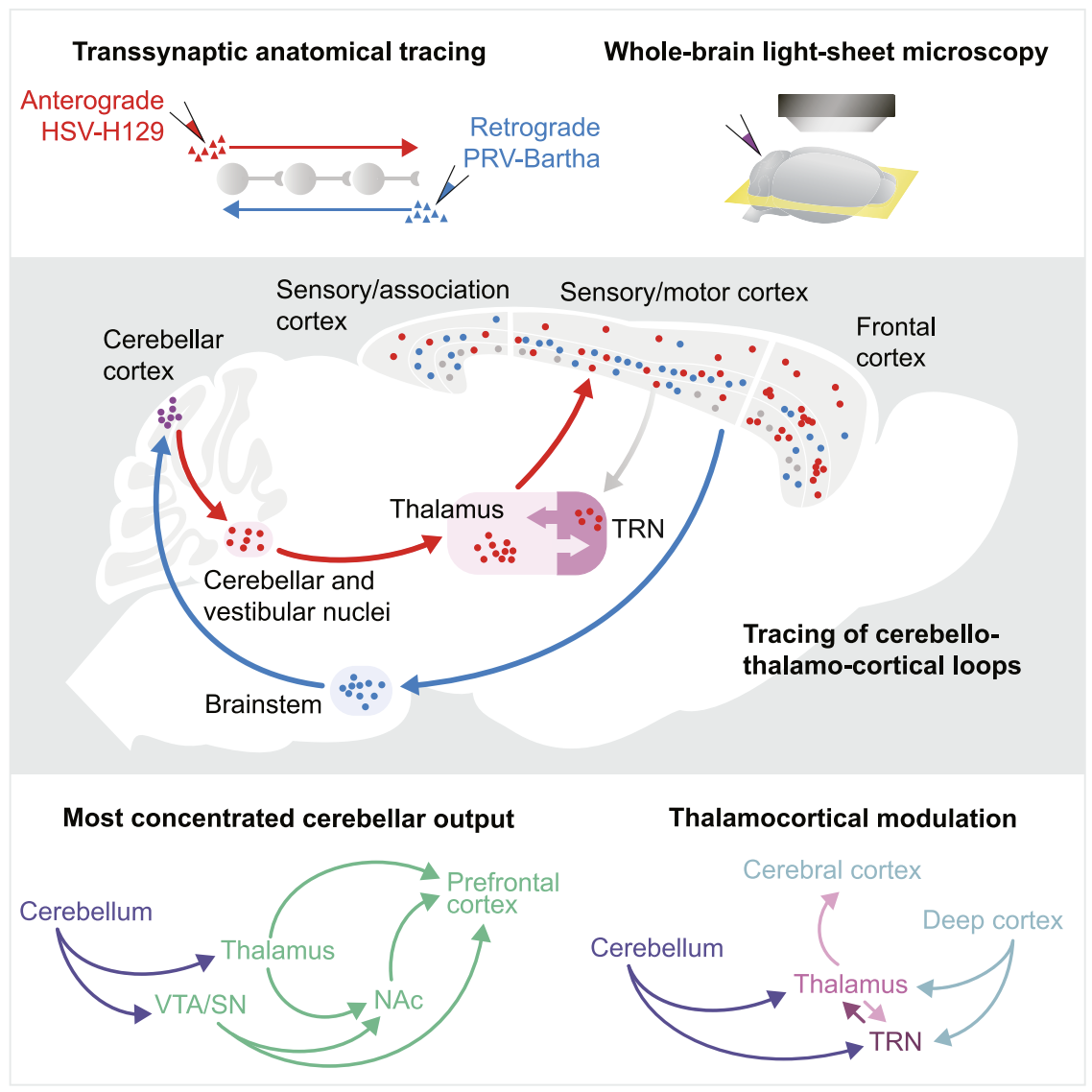 Neural tracers have recently found closed loop circuits between the cerebellum and almost every other brain region. Graphical abstract of Pisano et al. (2021).

Cerebellar ubiquity – The cerebellum-like structure found in many insects including fruit flies, ants, and bees is the Mushroom Body (MB). The MB is responsible for associative learning and is the primary region of the Drosophila brain that is not genetically pre-wired, instead containing many random connections that undergo learning. Cerebellar equivalents have also been discovered in families of crustaceans and flatworms through likely shared ancestral inheritance and cephalopods through potentially convergent evolution.1

The shared circuitry between the cerebellum and Mushroom Body. Image taken from Figure 1 of Modi et al. (2020).

Cerebellar intelligence – Just as there has been found to be a positive correlation between the size of the MB and the intellect of various insects, it has recently been discovered that the human cerebellum is larger than previously thought making up 78% of the total surface area of our neocortex, making it much larger than for other primates. For example, in the macaque monkey the cerebellum is only 33% the surface area of its neocortex.

Sans cerebellum – Another critique of cerebellar importance is that people can live being born without one. This phenomenon is not unique to the cerebellum, where people can be born without entire cortical lobes and show no phenotypic deficits. For example, patient EG, a highly intelligent lawyer who taught herself Russian later in life and scored 98th percentile for vocabulary, was only found at the age of 25 to be missing her entire left temporal lobe – the canonical center of language processing! Her right temporal lobe was found to have entirely compensated.2 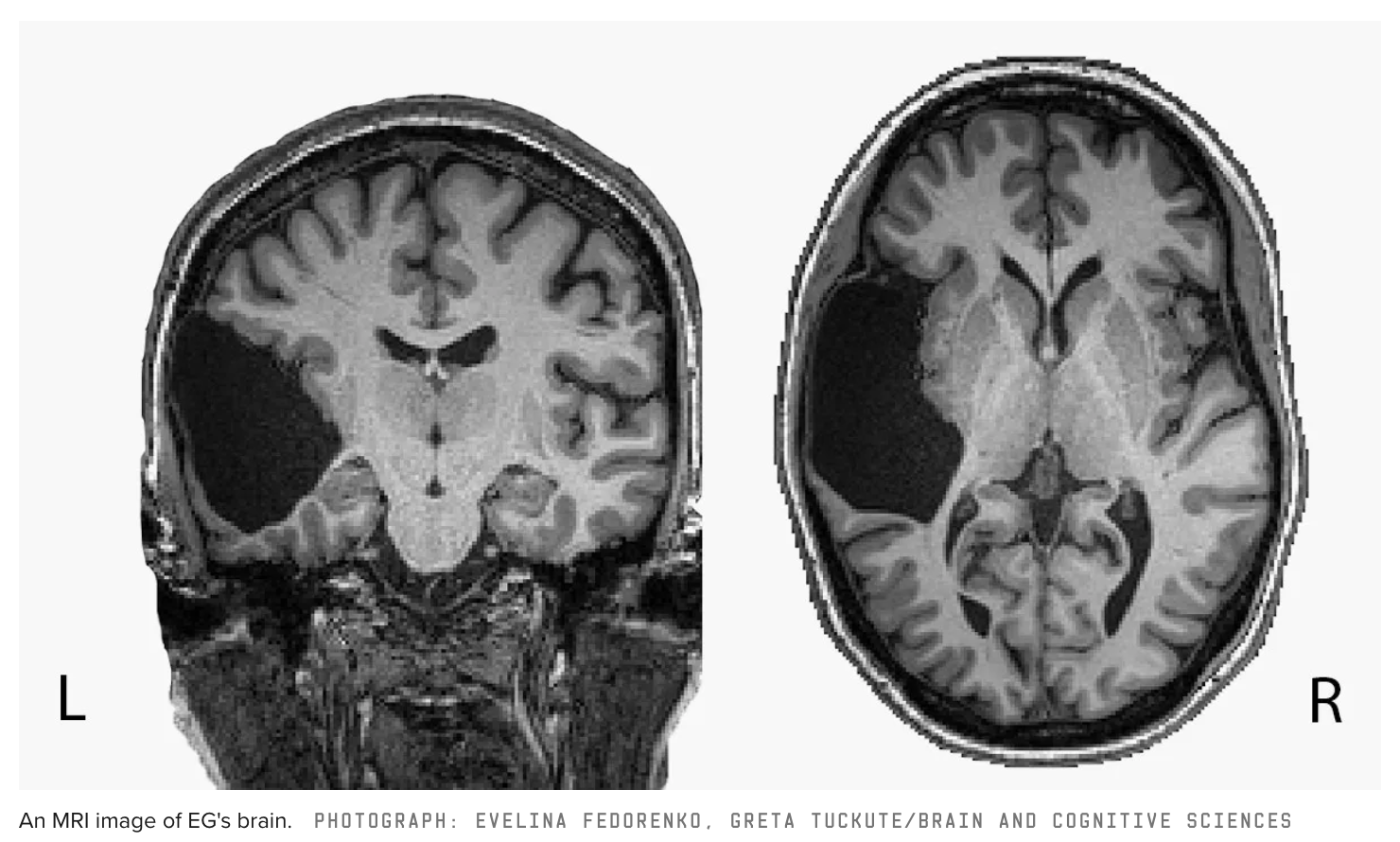 Patient EG missing her left temporal lobe, which is the the seat of language processing in normal brains (containing both Broca's and Wernicke's areas). Source

Being familiar with cases like patient EG, it is reasonable to assume the same compensation and lack of phenotypic deficiency would occur with a missing cerebellum. However, this turns out to not be the case and permanently harms much more than fine motor control, including also language development and emotion. Here are excerpts from an interview with Jonathan who was born without a cerebellum:

“All his milestones were late: sitting up, walking, talking.” […] He also lacks the balance to ride a bicycle.

“Reaction time, not my strong suit,” Jonathan says, adding that he doesn’t drive anymore. Emotional complexity is another challenge for Jonathan, says his sister, Sarah Napoline. She says her brother is a great listener, but isn’t introspective.

“He doesn’t really get into this deeper level of conversation that builds strong relationships, things that would be the foundation for a romantic relationship or deep enduring friendships,” she says. Jonathan, who is sitting beside her, says he agrees. – Source

Summary – The fact the same fundamental cerebellar architecture appears across such diverse species, the growing evidence of its involvement in most cognitive functions, and the correlation between its size and intelligence, all indicate that cerebellum-like neuronal architectures are performing a crucial and differentiated cognitive operation that spans far beyond motor control.

Thanks to the Jamie Simon for spotting a typo. All remaining errors are mine and mine alone.

If you found this post useful for your research please use this citation: